For 27 years, the Adorer Handmaids of the Blessed Sacrament and of Charity in Cúcuta, Colombia, have helped some 4,000 women escape human-trafficking networks at the city’s three border crossings to Venezuela.

The Adorer Sisters were founded in the mid-19th century by the Spanish St. María Micaela to help women leave prostitution. The home they run in Cúcuta was established 27 years ago by Sister María Soledad Arias, and it takes in women and adolescents who are victims of sex trafficking.

Although Colombia has eight official crossings with Venezuela — in addition to 74 informal trails — the main point of entry is through Cúcuta, where 94 percent enter on foot.

Consequently, this city is a strategic place to fight against human trafficking, since many women fall victim to these trafficking networks when trying to flee the economic crisis in Venezuela.

In a story posted on the Adorers website, Soledad, who is in charge of the home, said that when she asks “the girls why they came to Colombia,” they answer “because in Venezuela it’s worse. That they’re driven by hunger; they can’t find anything to give the children to eat; they lack opportunities and work.”

These nuns therefore play an essential role in the liberation of women who want to get their lives back after falling into prostitution and trafficking.

“It’s about alleviating the pain, listening to them, telling them that there is a God who loves them and who manifests himself in the Adorers because we were founded for them,” Soledad explained.

Also Read:  Examples Of Obedience In The Bible

As part of the work to get them out of prostitution, the sisters provide job training to the young women so they can have a source of income.

Through listening centers such as the so-called “Anchor” or “Sparks” workshops, the sisters teach manual labor so the young women can learn a marketable skill to help them start their new life.

Upon completion of the workshop series, the women are given food and personal-hygiene items. Mothers are given supplies to care for their babies.

Workshops include sewing, cosmetology and beauty, corsetry, and jewelry making.

In their online story, the Adorers share the testimony of María Inés Herrero, who was freed from the human-trafficking networks thanks to the nuns and who is now dedicated to repaying that help by working with the sisters to help other young women out of prostitution.

“In 2009 I ended up being tricked by a job they told us about; they took us into prostitution [instead]. Coming to Colombia is hard because you don’t have a family, there’s no work, and with time a woman ends up doing things that she doesn’t [think] she’s going to do,” she explained.

Herrero is now a fundamental piece in the work of the Adorers, taking the message of liberation from St. María Micaela to the young women who are on the street in Cúcuta and the surrounding area.

In addition, Herrero notes that along with the manual-labor training, the spiritual life, and the formation she receives from the sisters, she has been able to improve her relationship with her children. And she emphasizes that changing their lives is in the hands of these young women and that the Adorers will give them all the help they need.

“The change is that they begin to study, to make progress in other things, to become independent and not be dependent on other people. The sisters invite all the women who are going through difficult situations to come to the home, because their doors are open to everyone,” Herrero said. 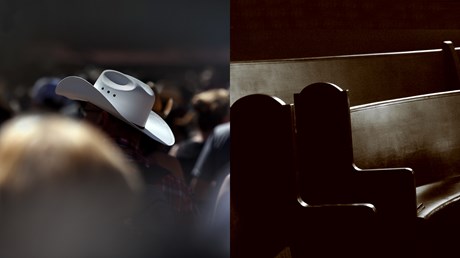