Supporters of the Vote Yes to a Constitutional Amendment on Abortion remove signs along 135th Street on Aug. 1, 2022, in Olathe, Kansas. / Kyle Rivas/Getty Images

The defeat of a proposed pro-life amendment in Kansas is in large part due to confusion and fear-mongering in the wake of the Dobbs decision overturning Roe v. Wade, one leading supporter on the ground has said.

“That energized the abortion industry beyond I think anyone’s anticipation,” he told CNA Aug. 3.

“Not to overstate the significance of the Dobbs decision,” he said. “I think it’s a watershed moment in American history and right now, the first chapter does not look good. But we’re not giving up.”

With over 95% of ballots counted as of Wednesday afternoon, Kansas voters defeated the Value Them Both amendment by about 59% to 41% in the Aug. 2 referendum.

The proposed amendment would have allowed restrictions on abortion to the extent allowed by the U.S. Constitution. It was a response to a 2019 Kansas Supreme Court decision that ruled that a woman has a right to an abortion under the state constitution. The ruling bars legislators from passing abortion restrictions. It also threatens existing Kansas laws, including a ban on abortion 22 weeks or later into pregnancy.

“While the outcome is not what we hoped, our movement and campaign have proven our resolve and commitment,” the Value Them Both campaign said in a statement. “We will not abandon women and babies.”

“This outcome is a temporary setback, and our dedicated fight to value women and babies is far from over,” it added, thanking supporters across the state.

Also Read:  10 Powerful Ways to Draw Near to God

The campaign statement faulted “an onslaught of misinformation from radical left organizations that spent millions of out-of-state dollars to spread lies about the Value Them Both Amendment.”

Catholic dioceses, parishes, and Knights of Columbus councils had collectively given millions of dollars to fund the campaign. State financial records and other reports indicated the Value Them Both Association, which supports the amendment, received close to $6 million by mid-July, while Kansans for Constitutional Freedom, foes of the amendment, took in more than $6.5 million.

Weber, citing observations of opponents’ advertising spending, suggested the final totals would show pro-abortion rights spending with a 2 to 1 advantage.

However, he still saw cause for hope.

“We energized lots of people. We knocked on a half million doors in Kansas. Political consultants across the board would say that that is the single largest grassroots campaign in Kansas history,” Weber told CNA.

“People on their doorsteps were amazed when we were able to have a conversation and say ‘Did you know that there are in Kansas right now an average of at least nine live dismemberment abortions happening every week?’ They were in disbelief, and so I think we’ve raised the awareness of what is happening,” he said.

Weber, citing his conversations with Catholic bishops and others, said many people still seemed to be processing the end of Roe v. Wade.

“That created an environment of confusion, we believe, that led the country, but also particularly in Kansas, into a narrative that the abortion industry pounced upon: that women were not going to get the authentic reproductive health care that they deserved if the Value Them Both amendment was passed,” he said.

Also Read:  Pastor Murdered by Wife After Years of Forcing Her To Have Sex With 50 to 100 Men; Sentencing Underway

Calling it a “blatant despicable lie,” Weber said he expected it to be corrected by the secular news media.

“But what we found was quite the opposite,” he said. “Not only was the secular news media quiet about that despicable lie. But they actually served as an echo chamber. That turned into a disastrous recipe for us on election night last night.”

The campaign’s efforts to reach out to news media and to brief journalists were often unsuccessful, Weber said, but not for a lack of trying.

“Maybe they simply weren’t willing to listen,” he said. Weber said that several news outlets were present at a Wichita news conference with a dozen doctors who backed the measure, representing over 200 mental and medical professionals who endorsed it. Yet the event never made the news.

The campaign will now try to build on its successes and scrutinize its efforts during the campaign.

“I don’t think anybody is going to be harder on the campaign than us ourselves,” Weber said. “We’ll try and figure out what we did right and what we did wrong.”

“All of our polling — not just our polling — but other polling showed us definitely within striking distance, if not ahead within the last couple of weeks of the campaign,” he added.

Weber said that Kansas will have an increasingly large role as a destination for abortions, which means parishes and pregnancy crisis centers need to be prepared to provide alternatives to “meet the needs of these women that are going to be bussed in and flown into Kansas for abortions.”

Some, like President Joe Biden, welcomed the defeat of the Kansas measure.

“Kansans used their voices to protect women’s right to choose and access reproductive health care,” he said on Twitter Aug. 2. “It’s an important victory for Kansas, but also for every American who believes that women should be able to make their own health decisions without government interference.”

Kristen Day, executive director of Democrats for Life, responded that the amendment “would have protected women’s health and safety by allowing the legislature to pass reasonable health and safety regulations as they do for other procedures.”

“This is no victory. It will make abortion more dangerous for women,” Day said.

Michael New, a sociology professor at the Busch School of Business at the Catholic University of America, reflected on the outcome in an Aug. 3 essay for the website.

New said the outcome was “certainly disappointing,” and he too cited the media coverage after the Dobbs decision as an influence. However, he said that successful pro-life policy changes generally must be “popular, incremental, and difficult to caricature.” The implications of the proposed Kansas amendment were “somewhat unclear” and easy for foes to distort.

Ramesh Ponnuru, a conservative commentator who grew up in Kansas, said on the National Review website blog The Corner that Kansas is “by no means a pro-life state” but also would likely not have adopted “a sweeping abortion-protective constitutional amendment by popular vote.”

Once the state Supreme Court ruled that the constitution had broad abortion protections, it likely made changing this “impossible,” Ponnuru wrote. He suggested pro-life advocates “ought to come back in a few years with another ballot initiative, this one establishing a gestational limit on abortion: at fifteen weeks, for example. There is no reason pro-lifers should take this deeply disappointing vote as the last word anywhere.” 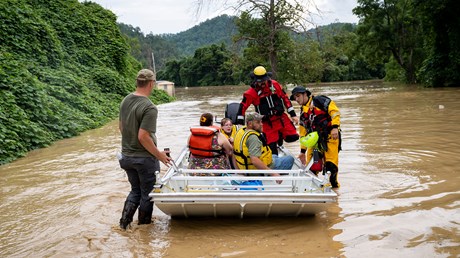