A community Carols and Candles event at the Shrine of Christ the King Sovereign Priest in Chicago, Ill., Dec. 16, 2017. / Marc Monaghan via Flickr (CC BY-NC-ND 2.0)

A prominent Chicago church which is home to a Traditional Latin Mass religious institute announced the end of all public Masses, as of last Sunday.

“As of August 1, 2022 the celebration of public Masses is suspended,” said a message on the website of the Shrine of Christ the King.

The shrine, in the Woodlawn neighborhood on Chicago’s South Side, forms the U.S. headquarters of the Institute of Christ the King Sovereign Priest. The institute is a society of apostolic life that celebrates the traditional form of the Roman rite, also known as the Traditional Latin Mass.

Members of the non-profit community group Save the Shrine told the Chicago Sun-Times they are concerned the changes will endanger the church, a historic landmark.

One member of the group, Jennifer Blackman, attributed the change to a ban from the Chicago archdiocese under new guidelines for the celebration of the Latin Mass.

Susan Thomas, a spokeswoman for the Archdiocese of Chicago, rejected the claim. She said the church sent a July 31 letter to the archdiocese saying it would stop the Masses.

“They chose to discontinue the Masses and sent the archdiocese a letter stating that they would stop offering Mass and other sacraments at the shrine,” Thomas told the Chicago Sun-Times.

“The shrine had the option to continue Latin Mass under the guidelines and decided not to,” Thomas said. “It is a false statement that we have a citywide Latin Mass ban. That’s simply untrue. Latin Mass is offered in the archdiocese.”

Also Read:  A Prayer For Somebody Having Surgical procedure

Among the guidelines of the Archdiocese of Chicago are a prohibition of the celebration of Traditional Latin Masses on the first Sunday of every month, Christmas, the Triduum, Easter Sunday, and Pentecost.

Cardinal Blase Cupich of Chicago announced his new directive implementing Traditionis custodes in December 2021. Under the directive, which took effect on Jan. 25, 2022, Cupich curtailed the celebration of the Traditional Latin Mass and other sacraments which use liturgical books that predate Vatican II. Priests, deacons, and ordained ministers who wish to use the Old Rite must submit their requests to the cardinal in writing and agree to abide by the new norms.

CNA sought comment from the Christ the King shrine and the archdiocese but did not receive a response by publication.

In October 2015 the shrine suffered a devastating fire that collapsed much of its roof and its choir loft. The church windows and much of the interior furnishings were destroyed, though no one was injured.  The tabernacle and an 18th-century statue of the Infant of Prague were rescued from the blaze.

The shrine church was built in 1927 as St. Clara Church and later renamed for St. Gelasius.

After the fire, the Chicago archdiocese secured a demolition permit but deeded the church site to the Institute of Christ the King Sovereign Priest after an outpouring of financial support for its reconstruction.

Parishioners and the Coalition to Save the Shrine raised more than $3 million to rebuild the church.

Shortly after the fire, Mike Medina, then-president of the Woodlawn Residents Association, said that “From organizing block clean-up days and hosting meetings with city and civic leaders, to promoting local businesses and teaching hockey to neighborhood youth, the Shrine of Christ the King has been a tireless advocate for Woodlawn and serves our neighborhood with a giving and gracious heart. We stand together with the Shrine!”

The Institute of Christ the King Sovereign Priest was founded in the west coast Central African country of Gabon in 1990. Its members are known as canons and wear blue choir dress to signify the community’s consecration to the Blessed Virgin Mary. Its motherhouse and international seminary are located in Gricigliano, Italy in the Archdiocese of Florence.

“Recognizing the importance of a deep harmony between faith, liturgy, life, and the power of beauty in attracting the human senses to the things above, an integral part of the Institute’s charism is the use of the traditional Latin Liturgy of 1962 for the Holy Sacrifice of the Mass and the other sacraments,” the institute says on its international website.

It describes the “essential elements” of its spirituality as “great care for a solemn liturgy, complete fidelity to the doctrine of the Church and the Holy Father, and awareness of the central role of Grace, especially Charity.”

Also Read:  Moral Failings in the Pulpit Lead to Moral Injury in the Pews

Another Chicago-based religious community which celebrates the Traditional Latin Mass, the Canons Regular of St. John Cantius, has modified its practices under the Chicago archbishop’s new rules. 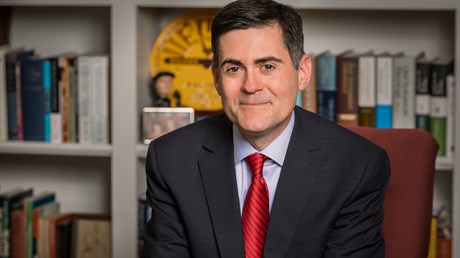