For Woody Walls, associate pastor of Beach Road Baptist Church in Southport, N.C., baptizing his 27-year-old son Jarrett was the culmination of a long and sometimes difficult spiritual journey.

After running from a call to ministry for much of his life, Walls joined the staff at Beach Road a few years ago and is currently pursuing an M.Div. at Southeastern Baptist Theological Seminary.

Walls said he and his wife had raised their children in the church and always tried to teach the Gospel to them. Jarrett made a profession of faith when he was young, but the evidence of spiritual fruit was thin.

Walls said it became clearer after Jarrett left for college that something was not right in his walk with God. Walls maintained a relationship with him, while also trying to have spiritual conversations and asking close friends to fervently pray for his salvation.

“I looked at my wife one night and just said ‘I’m just going to have to turn this over to the Lord,’” Jarrett said. “The best thing I can do for Jarrett at this point is just pray for him.”

Jarrett moved back to Southport close to his parents with his wife and newborn baby a couple years after college. Walls began to notice a change in Jarrett’s life as he wanted to become more involved with Beach Road.

Also Read:  Is Being a Manifestation Christian a Non secular Act?

Eventually Jarrett would acknowledge his need for true conversion.

“Jarrett told me, ‘I need to get serious with my faith, as I’m a Dad and a husband now,’” Walls said. “He told one of our pastors that he never lived out [his] faith before and was always trying to walk the fence and play the game.”

When Jarrett wanted to be baptized after being truly born again, his Dad did the honors.

“For me to be able to baptize him on Easter was a culmination of a lot of things,” Walls said. “As my son, I was excited that he is committed to following Jesus and being the husband and father that the Lord’s called him to be. Baptism really meant something to him.

“Our relationship was also so much better and stronger at that point, and I remembered all the prayers that had been lifted for him. Every baptism is special, but this one was just really special. There was a lot of emotion, and he embraced me afterwards. I was soaking wet, but I didn’t care.”

For other pastors, baptizing their children can look like patiently talking with young kids through the meaning and implication of the ordinance.

D.J. Williams, worship leader at Christ Community Church in Shelbyville, Ky., said he has been able to baptize all three of his children, but each of their journeys was all a little bit different.

Williams baptized two of his three children, now ages 11 and 8, in the past year, most recently, his youngest daughter Lyndie in April.

“The biggest difference from other baptisms that you get to do is that it’s easier to see it as part of a longer journey, rather than simply a moment in time,” Williams said. “Baptism is a symbol of regeneration, but it is also by its very nature a declaratory symbol. We’re telling the church that we’re joining Jesus and we want to follow Him and that’s what we want to be about.

“It’s obviously a special moment and particularly with your kids it’s everything. I’ve watched my kids grow from the time when they’re first able to hear and comprehend things, all the way until the time where they hit that moment of wanting to follow Jesus.”

Williams said it is important not to immediately dismiss a child’s desire for baptism out of caution, but to patiently wait for them to bring up the topic and then begin having follow-up conversations.

“If it’s genuine then it’s not going to go away, it will come back up,” Williams said. “We want them to sort of drive the bus, and we want to wait for them to say ‘let’s talk some more about baptism.’”

Rhyne Putman, associate professor of theology and culture at New Orleans Baptist Theological Seminary, said he took a similar approach when talking with his 9-year-old son Ben about baptism.

Putman, also the associate vice president of academic affairs at Williams Baptist University, explained he and his wife have been sharing the Gospel their son his whole life, but never felt the need to manipulate or coerce him.

“About a year ago, he came and talked to me and said ‘I repented of my sins and I put my faith and trust in Jesus.’ I don’t even know if many adults speak with that kind of clarity about what happened at their conversion. He knew what he was doing.”

Several months after that conversation, Putman baptized Ben on Easter Sunday at Mount Zion Baptist Church, Walcott, Ark., where he serves as the bi-vocational pastor. Ben has already left this week to serve on his first mission trip.

Putman says parents who desire their children to be saved and baptized should wait patiently for them on their journey, but also should not be afraid to boldly invite them into God’s love.

“I encourage parents to regularly talk about and model the Gospel in front of their children,” he said, “and there also can be a right time in evangelism to prompt a question about making a decision for Christ as a child gets older. That timing has to be the work and leadership of the Holy Spirit.” 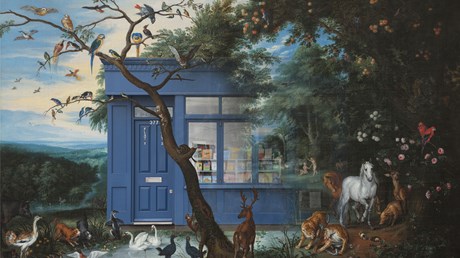